"Aqua Force" (アクアフォース Akuafōsu) is a clan from the nation of

Magallanica. This clan is based off of naval armed forces, and uses ranks in many of the card's titles.

Aqua Force's main mechanic is activating powerful effects based on the number of attacks that occurred during the turn, allowing the player to both pressure the opponent with multiple attacks while gaining benefits from those extra attacks. For that purpose the clan uses several means of increasing the amount of attacks their rear-guards can make, such as exchanging the position of rear-guards during the Battle Phase.

Their cards tend to gain [Power] 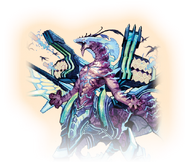 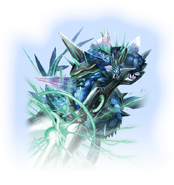 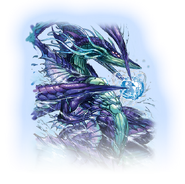 Hydro Hurricane Dragon, with Sharlene Chen
Add a photo to this gallery

Retrieved from "https://cardfight.fandom.com/wiki/Aqua_Force_(ZERO)?oldid=2892383"
Community content is available under CC-BY-SA unless otherwise noted.