Technically, "Blaster Blade" is the name of the sword, not the man, but the name is commonly used to refer to him regardless.

The name "Amos", pronounced as Ah-mos according to the greek spelling Άμος, is also the name of a Biblical prophet, author of the Book of Amos, the oldest of the prophetic books.

"Ahmes" or "Ahmed" (being the more accurate spelling), pronounced AH-mes or AH-med, is of Arabic origin. It means "highly praised" or "most praised".

He wears a white armor and under it appears to be a undershirt that is surrounded with blue stripes that run along it. His helmet has a triangular red crystal on top. He also has green eyes. He appears to be as tall as Gallatin. His facial expression rarely changes, however, he does smile though rarely.

He is often known to be serious. Following the order of the Holy Knight, he doesn't fool around unlike his friend, Alfred. Often never talking unless it's important or a serious matter has appeared. He is often known to practice his swordsmanship alone and appears to only talk to Alfred the most.

It appears that he does not show fear even when facing someone that is ten times his size.

However, despite his serious personality, there were some rare occasions in which his true emotions show. Upon witnessing his predecessor of the "Blaster Blade" Junos, later on known as "Blaster Dark" fall, he shows extreme shock and almost fell into despair, which the darkness within the blade almost consumes him. However, the bonds he has with his comrades allows him to break out of this despair.

He is a soldier in the Royal Army of the clan: Royal Paladin.

He is first shown when words of a upcomong battle was heard appearing from behind Alfred as Alfred have a habit of doing things a little differently than the other knights. He was able to convice the others that Alfred was ready for battle and that they will support him in battle. He was able to defeat many of the enemies by himself while the others were struggling a bit. When Alfred was about to get killed by some giant demon, he appeared at the last minute to block the attack with his sword.

Their friendship is best described as polar opposites. While Blaster Blade is often serious and silent, Alfred was always the one who talks and is more open to everyone. Although they don't often agree on most things, they get along well and are regarded as good friends. Out of all the soldiers of the current army and maybe the commanders as well, Alfred is possibly the only one that can talk to Blaster Blade in a friendly matter.

His strong bond with Alfred allows him to suppress the darkness within the sword "Blaster Blade", using it to its true potential and destroy the army of Ubiquitous Ogres.

He is regarded with respect and many of them look up to him as a role model. Most can't approach him due to his aura that surrounds him, nevertheless they get along fine with him.

He shares a bond with Junos, one of his former Royal Paladin comrades. Upon working together one last time and witnessing his fall into the abyss as "Blaster Dark", Ahmes took the blade that was left behind and uses it to its true potential. 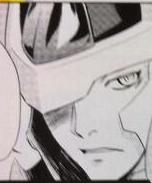 Add a photo to this gallery
Retrieved from "https://cardfight.fandom.com/wiki/Blaster_Blade_(Character)?oldid=2837971"
Community content is available under CC-BY-SA unless otherwise noted.