Those who Protect the World with Otherworldly Powers
Known as "Star Gate" in the past, the nation served as the Star Gate of Planet Cray to visitors from other dimensions. Incorporating the technology of the Planet "Brandt", it maintains its advanced culture and national power in the new era through its high level of technological development.The citizens of Brandt Gate continue to fight threats from other worlds at the borders of this world.

The Nation's Progress and Vigilance against Unknown Enemies
Although "Brandt Gate" is making great progress in expanding into other continents, they feel a strong sense of impending danger from the mysterious enemy from another world, the "Void". Apart from the other nations of this world, the evil influence of the "invisible enemy" begins to move. 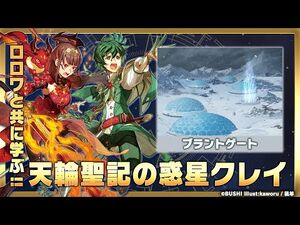