It is one of the possibilities of "Dragonic Nouvelle Vague", an ancestor of dragons and the legendary Living Form of Transcendence. It is unknown which spacetime and which era this possibility exists. A sound explanation is that, as fragments of Nouvelle Vague are split by the creators, one of its fragments forms not as guardian dragons but its true form, which is this possibility. This possibility was discovered by a female member of "Gear Chronicle" when travelling across spacetime. According to that member, the massive dragon emerged abruptly from the gap of spacetime, but stayed immobile like a statue, and disappeared several hours after the discovery. From the recorded video data, there is a high chance that the dragon found is exactly the ancestor of dragons spoken in Cray, so it is recorded with that name (Nouvelle Vague), added with the title "L'Express". The purpose of the emergence and the disappearance of the divine dragon is still a mystery. 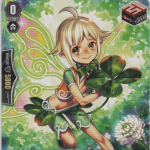 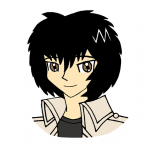 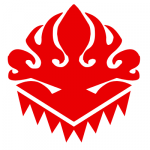