Satoru Isono
Cardfight!! Vanguard is the third main series of the anime series, and the first adaptation of the 2011-2017 manga. It also marks a reboot of the card game, featuring redesigns of classic cards in a new format in addition to other brand-new cards.

The episodes are first made available in Japan on the website AbemaTV at 9.00pm JST on Saturdays and are then broadcast on the TV station Tokyo MX at 10.30pm JST on the same night. The episodes are also uploaded simultaneously with English subtitles through the official YouTube channel and Crunchyroll.

The main protagonist Aichi Sendou, is a timid and mundane third-year middle school boy. The thing that supported Aichi's heart, was the "Blaster Blade" card that he received as a child. It's an important rare card from "Vanguard", a card game with the imaginary world of "Planet Cray" as its stage. From the day he reunited with the person who gave him that card "Toshiki Kai", Aichi's everyday life began to change.

While expanding his horizons and meeting many different fighters, Aichi has a mysterious experience of hearing the voices of units from Planet Cray--- that closely resembles Psyqualia, the power held by "Ren Suzugamori", the leader of Team Asteroid.

It's a youthful story of vanguard fighters who clash passionately with each other through fights. 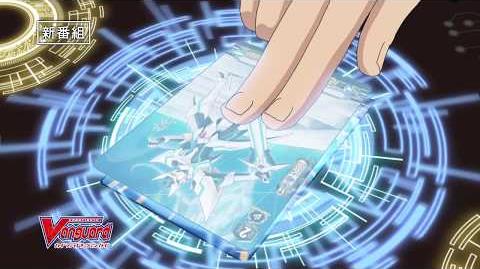