watch 03:35
Cardfight!! Vanguard G- NEXT Intro
Do you like this video?
Play Sound

"Cardfight!! Vanguard G: NEXT" is the third sequel within the second series of Cardfight!! Vanguard anime, and marks a new beginning after the events in Stride Gate. The episodes are also uploaded simultaneously with English subtitles through official YouTube channel, Crunchyroll and Daisuki.

Five months have passed after Team TRY3's battle against the Company and the team decided to split up and go their separate ways with all three of them enrolling to different high schools. The story focuses on Chrono Shindou transferring to Tokyo Metropolitan Harumi High School. Chrono forms a new team with Taiyou Asukawa and Kazuma Shouji, a gloomy boy who attends the same school as Chrono. Shion made a team with Henry Hayao (The captain of Fukuhara High Vanguard club) and Rin Hashima. Tokoha with Satoru Enishi and Kumi Okazaki. What new challenges await Chrono in the aftermath of all these changes? 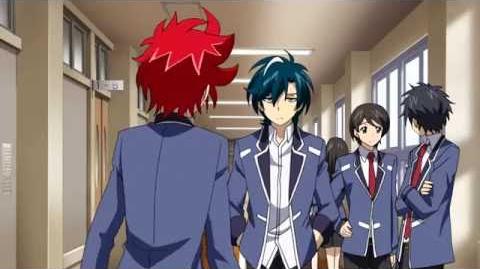 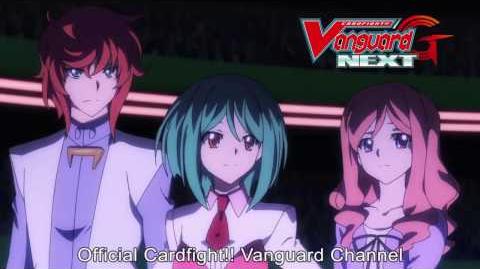 Retrieved from "https://cardfight.fandom.com/wiki/Cardfight!!_Vanguard_G:_NEXT?oldid=2653282"
Community content is available under CC-BY-SA unless otherwise noted.