CLAMP (Draft)
Hiroyuki Saita (Finish)
Cardfight!! Vanguard overDress is the fourth main series of the anime series. It celebrates the tenth anniversary of the whole franchise.

Episodes are uploaded with English, Thai, Indonesian and Spanish subtitles through the official YouTube channel. An English dub is also confirmed.

Third-year middle school student Yu-yu Kondo (15 years old) lives in Kanazawa city of the country of Kaga. Today, Yu-yu's making delicious breakfast for his family as well, but he actually has the ability to read the heart of other individuals.

Being unable to reject requests, Yu-yu often gets caught up in his sister's hobbies. When Yu-yu could no longer bear it and ran away from home, he was saved by Megumi Okura. Megumi invites Yu-yu to the "Night Amusement Park" where her friends gather.

The amusement park that Yu-yu was invited to is where many youths of the Vanguard-centric group "Team Blackout" gather, including Zakusa Ishigame, Megumi Okura, and Tomari Seto the policewoman who moonlights as the Screaming Fight MC at night.

Also, tonight is the night where the teams are having a serious fight with their team flag on the line. Blackout's Leader, Danji Momoyama (who has 20 consecutive cardfight wins) will fight against the mysterious powerhouse fighter, Tohya Ebata.

The cardfight gradually transforms into a scene on Planet Cray before Yu-yu's eyes.
And this is how Yu-yu encounters Vanguard and was drawn in by the appeal of Vanguard and the world and friends he had never seen before. 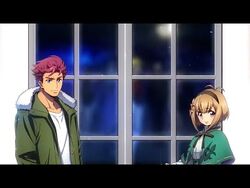 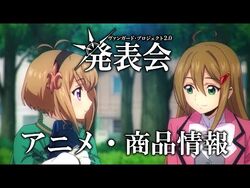 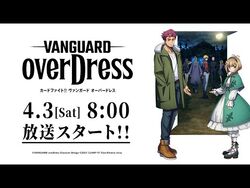