The Land of Darkness that inherits the will of the Great Hero
A magical nation shrouded in everlasting darkness and ruled by demonkin. The former Dark Zone was once fractured into small kingdoms ruled by demon kings, until it was reunited by the efforts of a single hero. With the “laws” brought about by Gear Chronicle and the cooperative relationship with Dragon Empire, Dark States entered a period of prosperity.

Sports
The demonkin, full of pleasure and decadence, love a variety of entertainment. Among them, the sport "Gallows Bowl", which is full of violence and excitement, still gets the people heated up even after 3000 years. 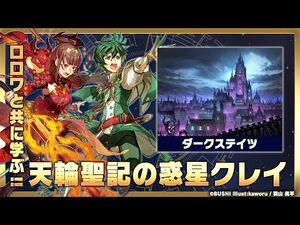 Each of Dark States' Ride Lines make use of the soul in different ways: