Fight Skin (ファイトスキン Faitosukin) are cosmetic items in Cardfight!! Vanguard ZERO that change the character used during fights. If a fighter wants to use a certain skin, they can only use the clans allowed by that character. Some characters have two or more clans to play with. The normal fight skins are acquired when the first card of a clan is received. There are also limited-time only skins, some of which are characters in event-specific outfits. These event-specific characters can be unlocked even if the base model has not been unlocked yet.

There are multiple ways Fight Skins can be obtained:

These skins are the base models of the characters that were first obtained by having their cards released through the Fighters Gacha or through clan events. They are sorted by their clan's release date. 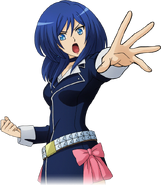 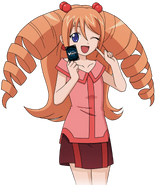 These skins are base models of side characters that can be used instead of the main characters of their respective clans. There is at least one skin available per month. They are sorted by their first appearance.

Kourin (Plain Clothes)
(Fifth monthly shop, released alongside Asia Circuit. Sold with Kourin and gifted to those who had previously purchased Kourin in the monthly shop)

These skins are obtained by other means, usually with a prerequisite.

Taishi Miwa (AC)
(Released alongside Asia Circuit, and gifted to those who had previously purchased Miwa in the monthly shop)
Add a photo to this gallery

These skins are of characters wearing seasonal- or event-specific outfits, that can only be obtained during their respective events. They are sorted by their event's release date. 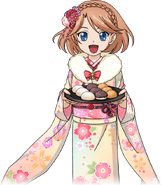 Asaka Narumi
(Apron - Valentine for you!) 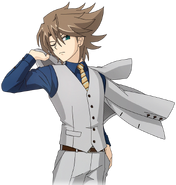 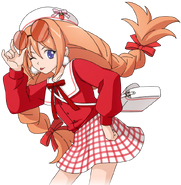 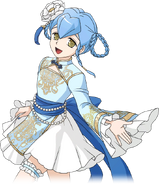 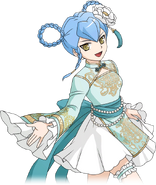 These skins are only used by NPCs during the story or event fights. They are sorted by their first appearance in the story.

These skins were found in the game files along with unreleased clans, or have data indicating a future release for an already available clan.

Takuto Tatsunagi
Add a photo to this gallery
Retrieved from "https://cardfight.fandom.com/wiki/Fight_Skin?oldid=2854179"
Community content is available under CC-BY-SA unless otherwise noted.