"Granblue" (グランブルー Guranburū) is a clan from the nation of

Magallanica. The clan is themed around seafaring pirate crews consisting of macabre, undead characters such as vampires, ghosts, skeletons and gillman.

Following it's theme of "undead pirates", Granblue draws strength from the Drop Zone. They specialize in superior calling units from the Drop Zone which allows them to arrange their field and bring back dead Interceptors, and some of their cards gain [Power] 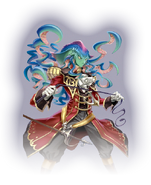 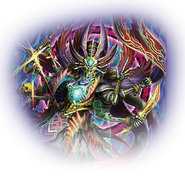 Retrieved from "https://cardfight.fandom.com/wiki/Granblue_(ZERO)?oldid=2892377"
Community content is available under CC-BY-SA unless otherwise noted.