Lucan Deck was included with the May 2012 issue of Kerokero Ace.

"A heavy knight that swings around his heavy axe with ease. Due to his battle loving character he was given the name "Demon" and people kept a distance from him. He was from the Shadow Paladin during the previous war but he left after hearing the declaration of Majesty Lord Blaster. He was one of the few knights that joined the Gold Paladin that was formed to save the Royal Paladins that were sealed. Right now he's one of the symbol of the paladins the Sacred beast kings, putting on the red lion armor he once again join the battlefield. The demon that didn't care about anything other than battles is now swinging his weapons and fighting in order to save his first friends and comrades. To break the seal the Gold Paladins have to find the 7 Sacred beast armor." 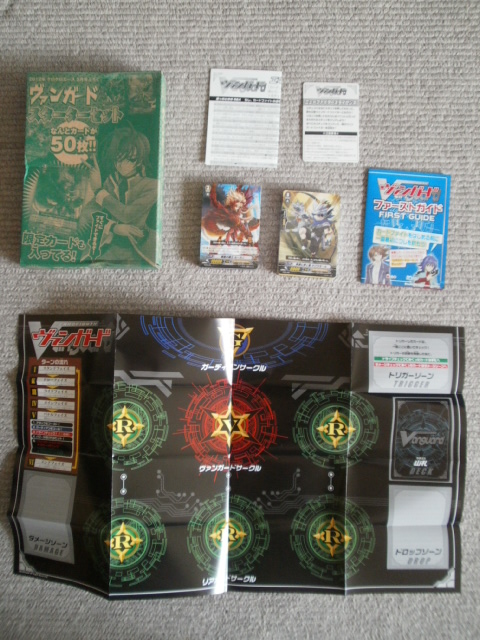 Retrieved from "https://cardfight.fandom.com/wiki/KAD5:_Lucan_Deck?oldid=2753504"
Community content is available under CC-BY-SA unless otherwise noted.