The 6th Nation, The City-State
Bermuda Triangle was the only clan from the former nation Magallanica not to join into Stoicheia, taking a different path instead. That different path lead to the creation of the sixth nation separate from the other five, Lyrical Monasterio. What kind of changes have the divas undergone in this new era?

The Residents Living Within This Nation
There are many mermaids living in "Lyrical Monasterio" including those from the former Bermuda Triangle. However, the nation is in fact open to all races of the world, and it appears that women of various races, and backgrounds live here. 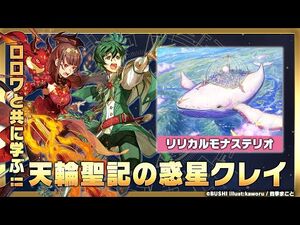 Lyrical Monasterio is a large and varied nation with many ride lines, each following a very different playstyle: