Team Foo Fighter Apex Limited 4 (AL4 for short), known as Team Asteroid in the English dub, is a team that took part in the Japan National Tournament and won two Vanguard Championships. The team currently consists of Ren Suzugamori, Tetsu Shinjou, Asaka Narumi, and Kyou Yahagi. Ren is the only confirmed member with PSY Qualia on this team.

It was later revealed that Kai, Ren, and Tetsu were the original members of the team.

This team is considered to be the pinnacle of the Foo fighter organization, and only the best three are allowed on, as Ren Suzugamori is guaranteed a spot on the team. Because of this, the team has had several changes to its lineup throughout the anime; Kyou Yahagi held the fourth position before being beaten by Toshiki Kai in Season 1, who proceeded to obtain that position in Season 2, but by GIRS Crisis Kyou was back on the team.

It has been stated several times in the anime that all three core members of the team are very skilled, and as such they have seen victory many times in tournaments, even winning the National Championships twice before being defeated by Q4. 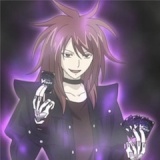 Retrieved from "https://cardfight.fandom.com/wiki/Team_Asteroid?oldid=2497230"
Community content is available under CC-BY-SA unless otherwise noted.