Descendants of the Marine Emperor
Resonance of Thunder Dragon is the 6th Trial Deck released in Japanese format, and the 4th released in English format. 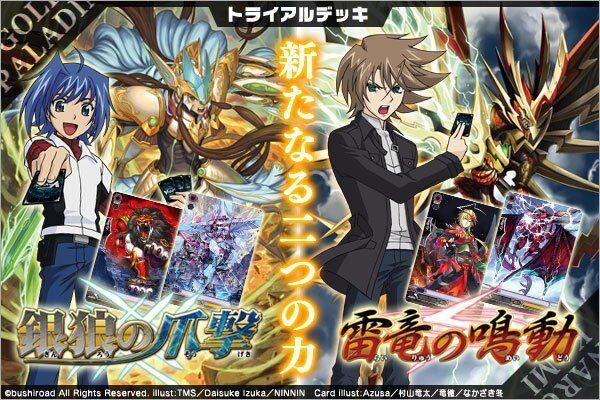 Retrieved from "https://cardfight.fandom.com/wiki/Trial_Deck_6:_Resonance_of_Thunder_Dragon?oldid=2575998"
Community content is available under CC-BY-SA unless otherwise noted.