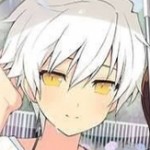 I'm a major vanguard and yu-gi-oh player. I play Gear Chronicle (soon to be Bermuda Triangle) in Vanguard and I play Brandish in Yu-Gi-Oh.

Some of my favorite animes

Some of my favorite video games

Retrieved from "https://cardfight.fandom.com/wiki/User:Mrd256?oldid=2612983"
Community content is available under CC-BY-SA unless otherwise noted.