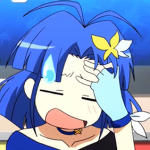 I've been getting into the game for a while now and have participated in 2 regionals. When I first learned of the game, it took me a while before I got into it and even longer for me to getting around to playing with others. I enjoy watching the show, and have played card games all my life. Unfortunately, I do not have any stores nearby that sell booster packs but I do try to make at least one Vanguard tournament a month. I do have problems interacting with others which makes it a bit difficult in the long run, but I do have fun while I'm there.

My favourite clans are:

Granblue-As mentioned in the G Era tab, Granblue is my favourite clan. Being able to call from the drop zone is very nice for me and gives me the most peace of mind in my decisions since it feels like no card is wasted or gone. It will likely feel a bit different than G since a lot of cards pre-G called cards to the field and they would stay on the field. However, it will be a good experience, as Standard likely will as a whole. I do hope that Granblue will be closer to the appearance it had in the G Era meta than the pre-G meta.

Oracle Think Tank-Throughout my life, my playstyle has always been attracted to more defense-oriented styles. From soccer to video games to card games, I've always been more inclined towards the things in the game that help you to take a hit more effectively. So one of the decks I definitely want to play in Standard is one of the most defensive clans, Oracle Think Tank. I did want to play it in G, but it didn't really go anywhere and there were other decks that grabbed my attention. Now though, despite the lower power and the less aggressive Imaginary Gift, now is probably the best time for the clan. With enough power, it could be stable in the competitive scene for some time.

Neo Nectar-I like the idea of plant tokens and how they allow the deck to increase its functionality and field presence. The use of plant tokens also allows for the deck to save hand, often allowing for a player to amass a large hand given this, draw triggers, regular draws and skills, plus other field-building skills. It does play differently than it did in G or the original series as it no longer clones, but I have been able to manage with that and the deck certainly still fits what it did in G for me for the most part.

Granblue-My favourite clan of all. I enjoy how it calls units from the drop zone, enabling me to not worry so much if I guard or ride since I can get those units back in one way or another. The Hollow keyword gives it some bouncing which I really like as I am able to get them on my field during my turn while for the most part leaving them out of my opponent's reach during their turn. The multiple attacks the deck is capable of doesn't hurt either, especially while they're able to make some strong power columns. I do intend to continue using the clan in Standard, with some hopes for it to work well aggressively.

Neo Nectar-I like how this clan is capable of calling clones, as well as the power columns the deck is capable with multiple of the same units out. Another thing I enjoy about this clan is how it's able to recover units from the drop zone, enabling you to keep cloning even against control decks. Bloom is also a neat keyword, and helps with what the clan already did but takes it to a whole new drastic level of power. Not sure I'll continue with this clan in Standard, as while similar, Neo Nectar didn't work quite as it does now.

Nubatama-Prior to G, I probably wouldn't play this clan. However, I am a fan of their keyword "Afterimage" and how after launching multiple attacks against the opponent's defenses, I can return them to my hand. With Domination, it helped the clan improve further by using your opponent's rearguards to attack them. This does have its problems where if your opponent doesn't have too many rearguards out, then naturally that limits your number of attacks. This has been remedied though. However, the reverse is true of other multi-attack decks which instead of suffering against mirage, their enemy is control. The deck's draw and power boosts are nice too and can also be used to hinder your opponent still. At the moment, I have no intention of playing the clan in Standard.

Angel Feather-Was working on this deck for some time because the key pieces became quite difficult to find. I like how this deck is able to utilize the damage zone so as more cards can serve a purpose. Also, while the Rescue keyword has issues, I feel like it's an interesting way to utilize the damage zone and due to the way it works, enables me to keep my resources open. Also, the way the deck currently exists, Rescue is a bit necessary now for big plays. At the moment, I do not intend to play the clan in Standard.

Retrieved from "https://cardfight.fandom.com/wiki/User:Shakorexis?oldid=2640485"
Community content is available under CC-BY-SA unless otherwise noted.