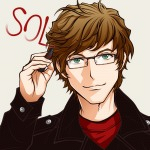 In 2016 during the World Championship Vancouver Qualifier I became Regional Champion using a DOTL/DOTG deck, and then finished 7th at Continentals.

In 2017 during the Spring Circuit Richmond Regional Qualifier, I was knocked out in the 7th round using a DOTL/DOTG/Spherical Lord deck. During the Autumn Circuit, I made it to Day 2, but finished in 19th place with a Dragonic Blademaster "Kouen" deck.

In 2018 during Team League, I teamed up with my son and the 2016 Runner Up, Joshua Setzer, to come in 4th Place.  I was piloting Dominate, my son was playing Susanoo and Setzer was playing Gaia.

In 2019 during Team League Standard in Richmond, I came in 2nd Place as Team Ctrl + Alt + Delete using Murakumo and made top 8 in Premium as Team Always Use Protection using Nubatama.  My personal record in Standard was 8 wins and 1 loss and my Premium record was 4 wins and 2 losses.

I am now a YouTube Vanguard Content Creator, though I'm still highly inexperienced but people seem to like my videos anyways, so I'll be doing lots more.  There's a link to my channel in my profile above.

Outside of Vanguard, I am a semi-pro Voice Actor, though I've only done four paid sessions so far for the same project.  I'm also a webcomic writer.  The only one that is not on hiatus right now though is The Lone Swordsman which has been running for over 10 years now.

I have a wife and two teenaged step-kids who are on the wiki. We all play Vanguard, and go by the Team Name "Sol no Kazoku"

Mamoru is my spirit animal.
Retrieved from "https://cardfight.fandom.com/wiki/User:Sol_Kage?oldid=2756578"
Community content is available under CC-BY-SA unless otherwise noted.