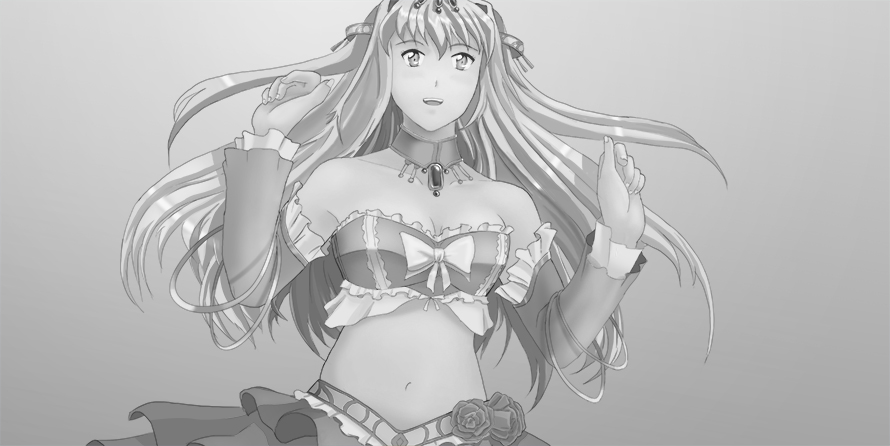 Not all decks can be top tier, but there are some decks that you can't help but wish it could at least go against the top tiers. Especially when new card get printed, the meta changes and the power level shifted. Making some of the old cards obsolete or at least hard to catch up with the current cards in the format. While this is the usual Ebb and Flow of most card games, I find it a waste that old decks ends up in the shelf, never to be seen by the light of day again. But Vanguard is different, it has room to design new support cards for old cards. Making them playable and even viable again.

While the printing of Shangri-La  made Coral decks playable, competitive and fun (thank you bushiroad), she still struggles during the early stages of the game and the need for her to be consistent and have better rear-guard supports.

Currently the starter  for Coral decks is 50/50 good. Sometimes you find your Aurora  or Shiny  while other times you never do. You are already putting yourself behind against starters with Forerunner abilities. Plus if Shangri-La  is one of those top 7, it feels wierd that you can't fetch her out and just shuffle her back into your library. If you mis-ride your Grade 1 Coral you end up with a 4k booster, which most of the time, will put you behind in your attacks until you use your [Limit Break] skill to bounce Angelic Star   and replace her with a new booster. Its a waste of ability when you could have bounced a PRISM-Image, Clear , PRISM-Promise, Celtic , Girls' Rock, Rio  and so on. I believe players who plays Chain Rides needs to be more rewarded for playing that mechanic.

There is a big need for her to turn into an archetype; meaning, she gets 12k attackers. Her 13k body will have more value if she has some easier way to deal decks with 12k attackers. Which most archetype already run and are staples. You can use any 10k+ body and have Yarmouk  boosting with her Auto skill triggered (10k + 6k + 3k = 19k). But would it be better if you can run more Grade 1 rear-guards with different set of abilities? Making your back-row flexible by having more freedom to run other 7k boosters?

I've narrowed down what a Coral deck needs with 2 units below.

Flavor: Being a star is my only dream.

[AUTO]: When a card named "Fresh Star, Coral" rides over this unit, look at the top 7 cards of your deck, search for up to one card with "Coral" in its card name, show it to your opponent, put it in your hand and shuffle your deck.

[AUTO]: When a <Bermuda Triange> not named "Fresh Star, Coral" rides this unit, y0u may call this card to (RC) [CONT[: This unit will also be regarded as "Angelic Star, Coral".

Flavor: I am with you all the way!

[AUTO] (RC): When this unit attacks, if you have a vanguard with "Coral" in its card name, this unit gets +3000 until end of that battle.

Retrieved from "https://cardfight.fandom.com/wiki/User_blog:Bermuda_Paradise/Coral_Needs_New_Units?oldid=1427765"
Community content is available under CC-BY-SA unless otherwise noted.