Hey guys, an update on this card game. If you guys didn’t know, Fire Emblem:Fates has already released in Japan (and I could go on a huge rant about a couple of the game’s features, but I shall refrain here lol) and for those who didn’t know, that also meant this card game came out! This took so long, because I really thought that everyone who cared already knew and was informed that wasn’t the case.

Believe it or not guys, but Nintendo is really pushing this game in Japan. There were over 100 tournaments (shop ones, of course) in just the first week alone! Me and a number of the folks at Serenes Forest (a FE community site that has existed for over 10 years) have actually put up a wiki there (we felt it was better to piggy back off an already successful site over starting a new one from scratch) and we have every known card translated and entered! Here is the link:

As the bold note says, please be patient as that is still a new site and those working on it only have so much time and we need to think of stuff for the site from scratch. And anyone who has already looked at cards there may have noticed that it isn’t a page for every card, but rather a page for every character and the cards for said character are all on that page. The reason for that is, is a guy just made a character page like that (not knowing how these things are typically done) and people just kinda liked it and thus, it stuck. It also helps to not clutter that wiki as it is for all of FE, not just the TCG.

Here is something I am particularly proud of, as I did most of this myself (though I did ask people for details on stuff I didn’t know):

Please take note that the rules as they are now are different than when I first introduced them in the other blog, but the overall deal is the same, now just more details are hammered out.

For those who want news on how the meta is going, here is a handy site:

It’s actually run by the same person who runs the Vanguardus site! You can kinda tell by the similar formatting too. It’s thanks to this guy that anyone on the English side of things even knows what all peeps are playing. Interestingly enough, 70% of the decks that top build around Marth. Not surprising, given the support, but it just so happens that red’s main strategy of weak character swarm (which Marth supports the best) happens to be more potent than Blue’s few, but strong character field strategy (which naturally, Chrom supports best), seeing as people prefer having more attacks and needing to commit less resources to each unit. In case you’re wondering, second place guy is 20% and runs both colors and utilizes a similar strategy, just in a more defensive fashion. I’m building suspense because it’s this guy, believe it or not:

Yeah…for those who can guess, one of the words used to name the deck is banned here lol. The goal is that he is the only male and the deck uses a lot of females with great support skills and skills that give advantage (or are useful, in general). It just so happens that most of the females are Pegasus Knights, as they specialize in this lol. I assure you that I am serious when I say that if you want your deck to be both great and filled with these flying ladies, then this is easily the build for you. The deck doesn’t use a lot of combos, but is still very potent. The rest of the decks are mostly one of tops (rogue decks, basically) and aren’t really of note. Head to the site I linked if you want to read about them, though.

If any of you guys want to head to place to talk about the game, here you go:

That is the subforum for the game on the very community site I talked about earlier. Gonna have to get an account to participate, though.

As for the arts on the sides here, the left side is Shadow Dragon (red) and the right side is Awakening (blue). The top cards are sleeves, the cover cards for the starter decks, and were both done by the character designer for both Awakening and Fates. The Tharja just below that Chrom happens to be a sleeve, as well. These sleeves are already on the market, FYI. Next two sleeves are going to be the Tiki art shown here and Gaius (who does not have any full art yet), as that is what won the polls. The sleeves are large size (Pokemon, MtG, WS, BF), so no CFV or YGO cards in them, k?

The bottom two images are the promos that come in the Special Edition of Fates. They just happen be alt arts of easily obtainable cards (as most of the promos for this game are. FYI, the Minerva shown here is alt art, too), so you guys don’t need to worry too much about getting enough of them. And I wonder if any have guess their artists yet? Daisuke Izuka-sensei is not only one our favorite CFV artists (DOTX, Lambros, Chronoscommand, BDD, PBDBR, among others), but he was the character designer for the DS FE games (remakes) along with being the art director for the Radiant games, so he is a FE alum. Lucina’s artist is the character designer for the upcoming FExSMT game.

For those wanting to know prices: $10 for a starter deck and $45 for a box. Boxes are 16 ten card packs. Each pack has 1 R or higher, 3 HN (High Normal), and 6 N (Normal). Each box has 12 Rs and 4 SRs, with one of them being a + variant (think SP, the frame is gold trimmed and some of them are even signed by their VAs, like Marth, Caeada, Robin, and Lissa). Yes, the game is very cheap. And FYI, the most valuable card is the signed Lucina, which you can easily sell for at least $50 (too bad her cousin doesn’t even register high enough to be included in price charts lol).

The next series of cards will be based off of Fates with White going to Hoshido and Black going to Nohr. Male Corrin is exclusively Hoshido and female Corrin is exclusively Nohr and they are both separate characters, just as the two Robins are (though both Robins are blue lol). Both the starter decks and the set will be released September 19th. The third series has been announced and it is known that it will have Fates and Path of Radiance cards, but nothing else is known about that yet.

Series 2 packaging. Do note that the two Corrins are indeed split between the two colors. This trend appears to be continuing, from what has been shown. Azura (Aqua) seems to be the only character that will have both colors.

Second set of sleeves! They will be released September 10th. Exactly one week before series 2 is released.

Series 2 full art previews! Photos were taken at an event and these are on easels. Black on left, white on right. Yep, Azura will be both colors, as stated before. Also, notice the art style for Arthur? And I wonder what those last two cards are? Almost as if they are from Series 3 and not from Fates, but some game filled with Radiance...Source is this person: https://twitter.com/Eycktter 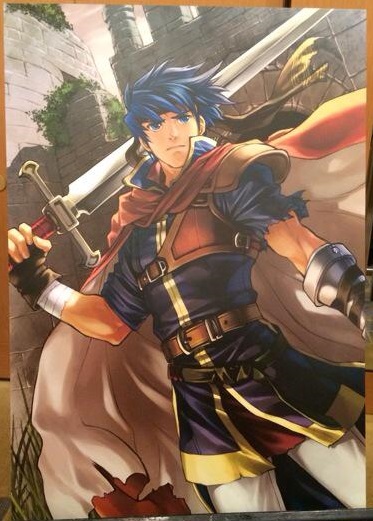 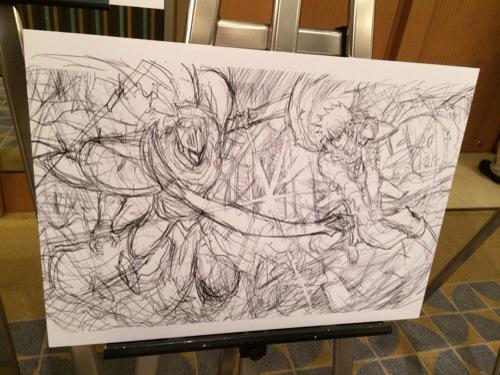