WhiteDay Memories (WhiteDay for you...? in the Japanese edition) is a season event in Cardfight!! Vanguard ZERO, first introduced in March 2020.

This event involves moving the My Room - Ren Suzugamori (Suits) across a board game using dice acquired from Missions, Daily Logins, and by viewing the Model Room.

The cards gained from this event would not go towards the players collection, instead they allow the progression of the story and are used for a rental deck to play against the event boss, a CPU Toshiki Kai (Suits). Once all cards are acquired, their spaces would be replaced by WhiteDay Bouquet. There are three rounds, with the difficulty of the boss increasing after each round.

The Model Room introduced in this event is a room similar to the My Room. It displays My Room items and characters serving as a model to how they would look in a player's My Room. Entering the Model Room daily rewards players with dice.

WhiteDay Bouquet can be exchanged for select items at the exchange store.

Chances of getting roulette is as follows;

Ren Suzugamori is invited into a special party for cardfighters hosted by Ultra Rare in card shop PSY, by claiming that Toshiki Kai will also be there as a bait.

While Suiko stalls Ren, Rekka is tasked to find Kai and bring him there so that their claim don't end up as lying.

Rekka found Kai busy buying cookies for White Day gift, and coerce him into their deal with Ren by saying that if he doesn't come, they will find Aichi Sendou instead.

Rekka also give Kai his suit since the party has its dress code.

Meanwhile, Kyou Yahagi overhears the situation, and decide to sneak into the party as well.

Kai meets Ren in the party, and as both of them exchange words, Rekka found a suspicious person (Kyou), forcing him to go out of hiding.

Kyou, faking his innocence (when even being pointed out he is wearing a wrong dress code), then challenges Kai for a fight in order to earn his spot back at AL4.

As Rekka reports the other guests has return home, Kai take out his deck, accepting the fight. As usual, he sends Kyou packing.

As the ordeal ends, Ren returns home, saying that it's not the day he and Kai fight yet. Before he goes home, he takes some of the macarons, which Suiko comments that the color is perfect for White Day.

Having watched Kai's fight, Ultra Rare concluded that only Ren and Aichi have PSYqualia.

Later, Ren bring back the macarons and give it to Asaka, saying he had eaten a lot of them beforehand, to both Asaka's delight and Tetsu's shock.

Meanwhile, Kai bring cookies to Card Capital as his White Day gift. When Miwa points out that it was handmade and clearly too much for just Misaki and Emi and guess that means for everyone to eat them, Kai runs away from the scene, probably out of embarassment.

Even though Morikawa and Kamui don't like Kai, they had to admit that his handmade cookies are delicious. Both Misaki and Emi points out that Kai is good at cooking, just as he did for Stand Up the Christmas event.

Kamui feels inferior to Kai as the cookies are more delicious than his own handmade pudding, but Emi corrects and says both are delicious, to Kamui's delight. Ultimately, Kai smiles outside the shop.

Prices may be incorrect. 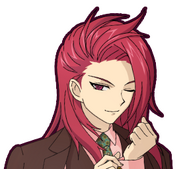 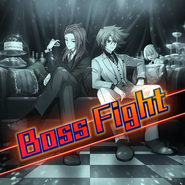 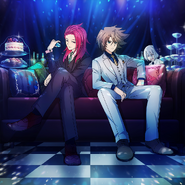 Character Costume
Add a photo to this gallery
Retrieved from "https://cardfight.fandom.com/wiki/WhiteDay_Memories?oldid=2882212"
Community content is available under CC-BY-SA unless otherwise noted.